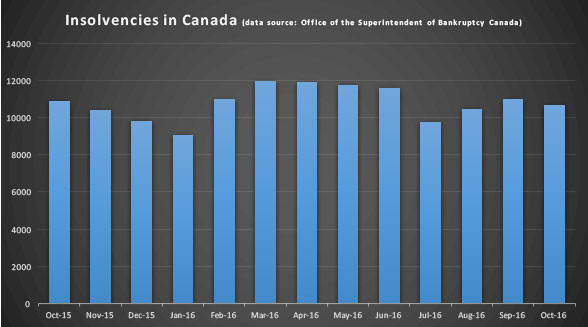 The proportion of proposals in all consumer insolvencies in BC decreased to 57.3 during October while they account for 56.0 percent of all 2016 insolvencies.

The increase in the percentage of consumer proposal filings shows the increasing popularity of dealing with debt over bankruptcies and other non-legislated options. It also indicates that consumers are seeing the benefits of using a licensed Insolvency Trustee over other service providers. 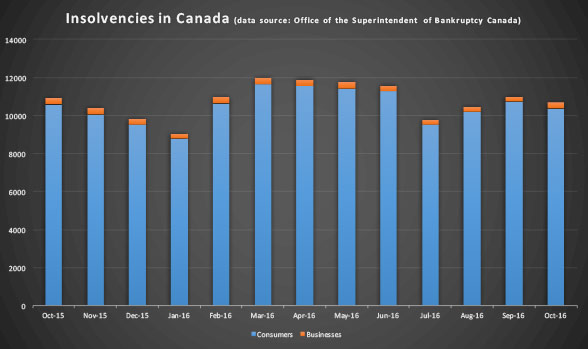