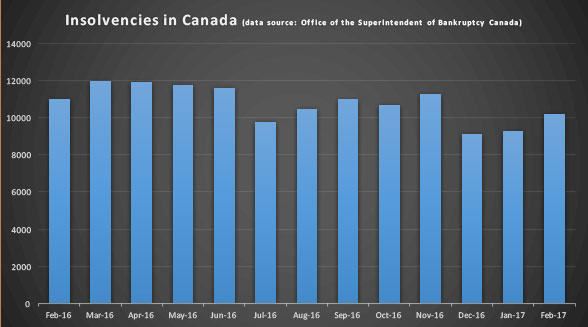 Consumer insolvencies in BC increased overall in February 2017 by 3.5 percent from January 2017.  Consumer proposals increased 8.5 percent while bankruptcies decrease 3.0 percent.

The proportion of proposals in consumer insolvencies in BC accounted for 59.25 percent during February while they account for 54.63 percent of all February 2017 insolvencies across Canada.

It is not unusual for insolvencies to be down at this time of year, but we expect that the March figures will be higher than the previous.

The consumer proposal filings show the increasing popularity of dealing with debt over bankruptcies and other non-legislated options. It also indicates that consumers are seeing the benefits of using a Licensed Insolvency Trustee over other service providers. 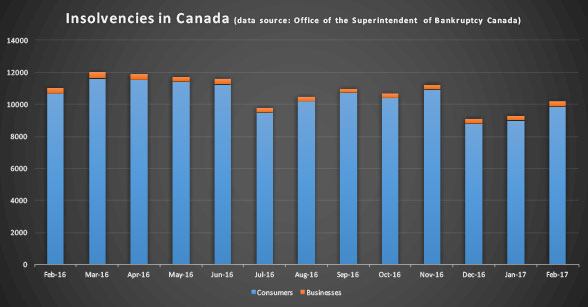 See this article for other Canadian insolvency stats for February 2017.