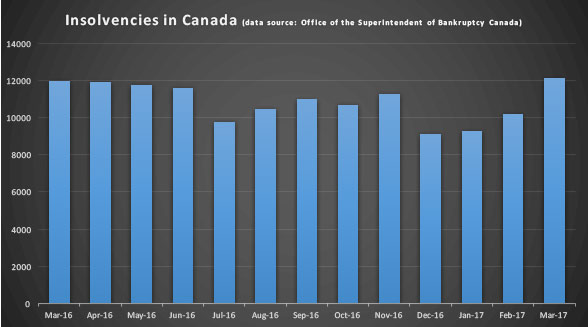 Consumer insolvencies in BC increased overall in March 2017 by a whopping 26.3 percent from February 2017.  Consumer proposals increased 18.6 percent while bankruptcies increased 37.4 percent.

The insolvency statistics indicate the increasing benefits of the protections provided to consumers under the Bankruptcy and insolvency Act over other non-legislated options, whether that is a consumer proposal or a bankruptcy.   It also indicates that consumers are seeing the benefits of seeking the professional advice of a Licensed Insolvency Trustee rather than those of other non regulated service providers.

Call us.  Its not too late. 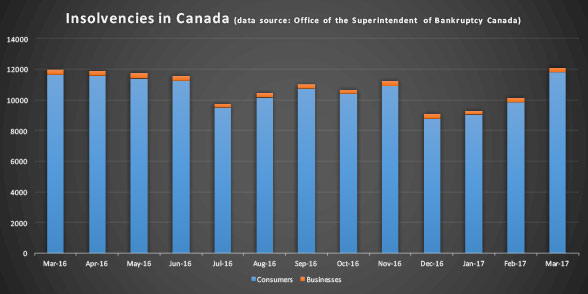 See this article for other Canadian insolvency stats for March 2017.