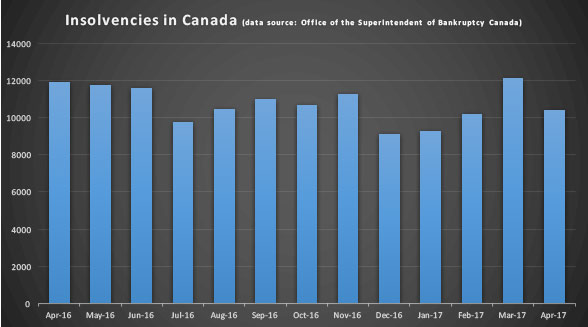 Consumer insolvencies in BC decreased overall in April 2017 by a whopping 23.9 percent from March 2017.  Consumer proposals decreased 26.5 percent while bankruptcies decreased 20.5 percent.

See this article for other Canadian insolvency stats for April 2017.