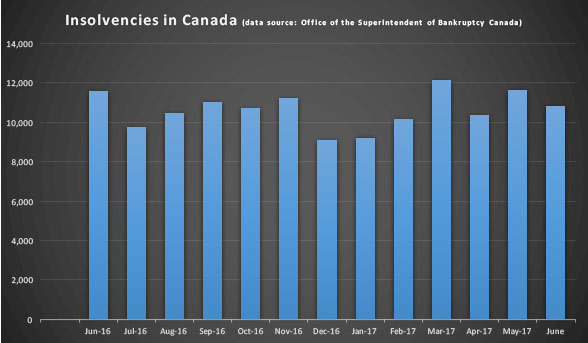 Consumer insolvencies in BC increased in June 2017 by 21.7 percent from May 2017.  Consumer proposals increased 25.9 percent while bankruptcies increased 16.9 percent.

See this article for more on Canadian insolvency statistics in June 2017.