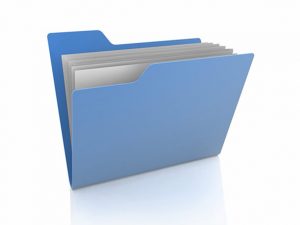 As you may recall in previous newsletters, we reported about the Office of the Superintendent of Bankruptcy’s (OSB) report into what is perceived to be abuses by Credit Counsellors/Debt Advisors and business arrangements with Licensed Insolvency Trustees (LIT)s.  In its 2017 newsletter, the OSB indicated that would be making legislative changes to address its concerns.

On October 16, 2017, the OSB released its draft Directive on counselling.  This is the first of its overall plan and it is seeking input from stakeholders by November 24, 2017.  In most consumer insolvencies, there are two mandatory counselling sessions required for all debtors.

Some of the changes that are proposed are:

Any individual is ineligible to be registered as a counselor if:

The LIT is to meet with all debtors to complete the Insolvency Counselling and Designated Form which appears to mean that this task cannot be delegated to an employee;

There are some points to consider:

It is clear that the OSB is making the LIT more responsible for the counselling and is taking steps to protect debtors from paying unnecessary fees.  What is not clear is that any Third Party Debt Advisor or Credit Counsellor could still refer files to an LIT but not take the counselling in return.  And there is nothing that precludes them from independently contacting the debtor and selling their other services for a fee.

However, these debtors need a place to go to file their consumer proposal and/or bankruptcy. The unfortunate part of it that there are many debt advisory firms out there, whether they are for profits and not for profits, that have slick and/or misleading advertising campaigns or websites that draw the debtor to them first before seeing an LIT.

Will these steps that the OSB is suggesting level the playing field and help inform debtors that LITs are the go to professionals when dealing with debt, who are Licensed by the Federal Government and have the necessary training associated for dealing with debt issues.

Only time will tell.

Boale, Wood & Company Ltd. Is a full service insolvency boutique that assists consumers and businesses in dealing with debt.