Insolvency and Taxes, the Real Facts 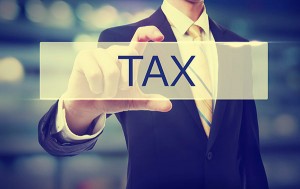 A common misconception – Income taxes are not included in a proposal or a bankruptcy.

False! Income taxes and almost all other debts are included in a bankruptcy or a proposal, including any debt one might owe to the tax department as a result of being a director of a corporation.

Sometimes, despite their best efforts at financial management, Canadians get to a point where they simply can’t pay their debts as they become due. Whether due to inability to pay taxes, problems with a business, loss of employment, unexpected financial obligations or other unplanned factors, they become insolvent. They need to seek the advice of a Licensed Insolvency Trustee, who can inform them about their options.

There is another misconception in Canada that there are government programs that allow you to enter into payment arrangements with your creditors. In reality, there are no such programs. There is, however, legislation that allows you to compromise your debts.  For consumers, that legislation is the Bankruptcy and Insolvency Act.

There is an abundance of misleading information about credit and debt repayment programs in the marketplace and on the Internet. Many unlicensed and unregulated non-trustee firms use phrases such as “Avoid bankruptcy” or “We can help reduce your debt to one monthly payment,” common themes that you read about in advertising all the time.

Other organizations that offer “credit or debt consolidation”, payment programs or some form of debt relief are in the business of helping you organize your payments and thus charge a fee for their service, whether they tell you up front or not. Even non-profit programs charge fees. The fees charged by these firms differ from company to company and are not to be found anywhere in their promotional material. The fees of a Licensed Insolvency Trustee in a consumer proposal and in a bankruptcy, are set out in the Rules of Bankruptcy and Insolvency Act.  In other words, all Licensed Insolvency Trustees get paid the same fee.

While non-trustee firms will offer to help an individual avoid bankruptcy, in many cases all that is happening is the inevitable is being delayed or you will be put on a debt repayment program that is so onerous you may eventually default on it and be worse off than when you started. And if you owe any government agency money, including Canada Revenue Agency a tax debt, none of these programs will work.  Government debt can only be dealt with by a Licensed Insolvency Trustee. Remember, if it sounds too good to be true, it probably is.

As well, the majority of these companies have no government oversight, no professional association, no regulatory body and no code of ethics. Licensed Insolvency Trustees have all of these.

The thought of meeting with a Licensed Insolvency Trustee can make people uncomfortable because of the social stigma attached to the word “bankruptcy”. The typical consumer is often unaware of the role of the trustee and the options these professionals can make available for dealing with debt. Unfortunately, that fear will cause many to delay getting the advice they need.

Trustees are highly trained professionals and the only ones licensed by the Office of the Superintendent of Bankruptcy (OSB) who can file a consumer proposal or a bankruptcy.  Despite what you may read on the internet, no one else can help you with these options.

To help ensure that the rules are followed, the OSB is responsible for supervising the process and protecting the public interest.  The OSB is also responsible for issuing operating licenses to Trustees and for reviewing everything that a trustee does, ensuring that every debtor is treated exactly the same and fairly as outlined under the Act.

How to get the process started?

A proposal or a bankruptcy will begin with a meeting between the individual and a licensed insolvency trustee who will assess their financial situation, explain the options available and explain the debtor’s rights and responsibilities. After the meeting, the debtor will have enough information to make an informed decision about the next step. Remember, only a Licensed Insolvency Trustee can file a proposal or a bankruptcy.  Its never too late to get information.

It’s not too late.